Search engine friendly ecommerce in a nutshell is a site that is constructed in such a way that the code does not get in the way of search engines. 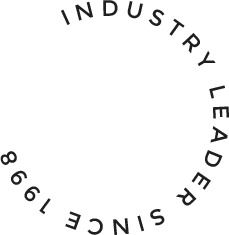 What is search engine friendly ecommerce?

Other elements such as cross-linking, well-formed alt tags, and title parameters in images and anchor tags, as-well-as all other standard SEO techniques are necessary, but will not be discussed in this article. This discussion is more about what is search engine friendly eCommerce, and how did the industry arrived at where it is today. To better understand the difference between Search Engine Friendly and Non-Search Engine Friendly ecommerce we must first take a look at the history of ecommerce and its evolution over the last 8 years.

In the early years of eCommerce (1998-2005) development companies were concerned with delivering functionality to both the merchant and the shopper and turned a blind eye toward the search engines. Keeping in mind that Google was founded in 1998, a time during which no one predicted how search engines would change both ecommerce and the world of marketing.

Early on it cost big bucks to have a commerce enabled Web site. Besides being cost prohibitive, many of these sites had bugs and were not user friendly. In fact, during the Christmas season of 1999 experts were predicting ecommerce was go to change the world, as we knew it it was going to be the next gold rush. What actually happened was more of a disaster that set the industry back three years. Merchants failed to deliver packages on time resulting in a black eye for the industry feuling trust issues in the eyes of potential online customers. This was not just the merchant and developers fault. The major shipping companies were also overwhelmed and werent properly geared up for this new industry.

It wasnt till 2003 that ecommerce gained a sound footing, and became a must have for practically all merchants by 2006. Consider that according to the U.S. Department of Commerce, ecommerce as a percent of total retail sales was only 0.7% in 1999. By 2003 that number had climed to 2% and by the end of 2006 it rocketed to 2.7%. 2006 saw a 25% increase in ecommerce sales over the prior year.

To compensate, many of these old guard companies have issued numerous work arounds in an attempt to patch their search engine flaws. The result is highly customized, not very extensible, bloated software. The answer is to embrace a platform that was written recently and with Google in mind. Because the future of ecommerce is not as murky as it was in 1999, we can say with certainty that search engines arent going anywhere. Merchants are going to be concerned with how Google sees their site for the foreseeable future and work arounds and patches are no longer going to cut it. Going forward being scalable and Google friendly will be the keys to surviving.

Saratoga Springs based Mountain Media has a constantly evolving eCommerce system that is designed with search engine friendliness in mind.

ready to elevate your brand?